Using the Postman mock service requires the following: a collection with requests, a mock server, and saved request examples. You can save as many examples to a collection as you please, and the mock server will return these examples predictably. But how exactly does the mock decide which example to return?

To begin, let’s start with an example. 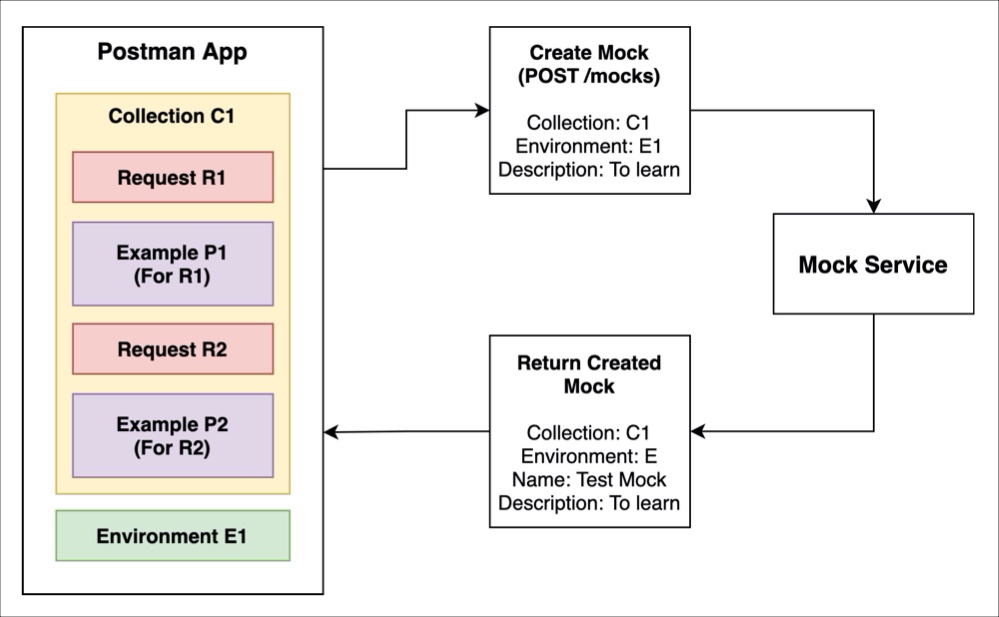 When a mock is created using either the Postman API or the Postman app, a call is made to the Postman servers that associates a particular collection (and environment if you choose one) with a newly created mock. The collection C1 that was just mocked is now associated with the new mock M1. 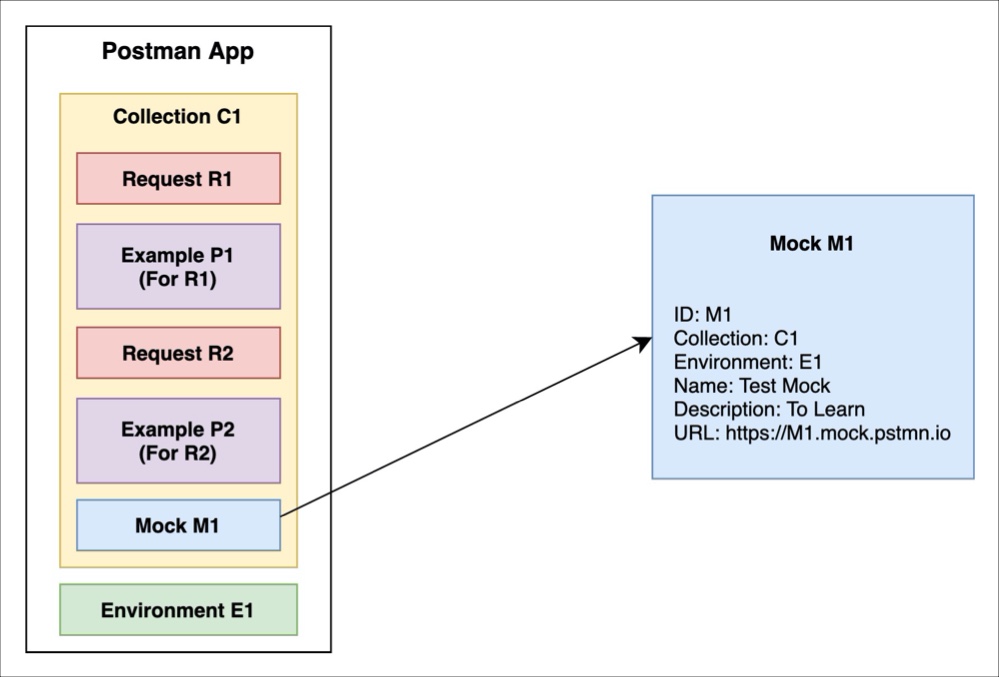 When you use the mock M1 via the mock URL https://M1.mock.pstmn.io in the Postman app, the mock service will retrieve all saved examples from the Postman servers for that particular collection before it begins the matching process.

Now that the mock service has all the saved examples for the current collection, it will now iteratively pair the incoming request with the closest matching example.

Other optional headers like x-mock-response-name or x-mock-response-id allow you to further specify the example to be returned by the name or by the UID of the saved example respectively. You can get the example response UID by using the Postman API to GET a Single Collection and searching for your example in the response. The UID has the syntax <user_id>-<response_id>. 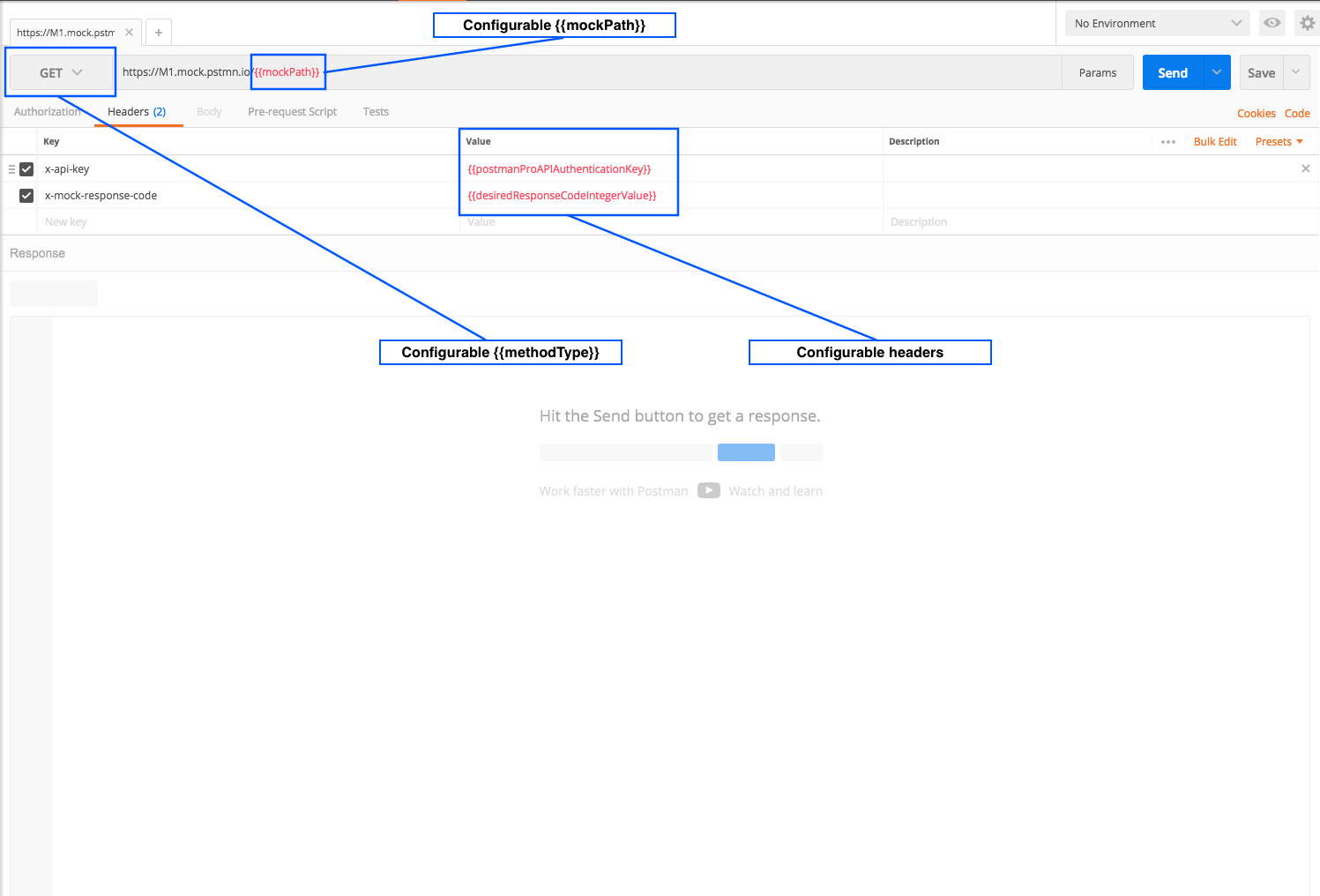 Keeping these various configurable elements in mind, let’s take a look at the matching algorithm logic.

This is how the mock service finds and returns the appropriate response to a mock request.