Examples show your API endpoints in action and provide additional details on exactly how requests and responses work. You can quickly add an example to a request just by saving a response, or create an example with a custom response to illustrate a specific use case. Once you've created examples, you can use them to set up a mock server or add more detail to your API documentation.

In Postman, an example is a tightly-coupled request and response pair. Each example is made up of a request part (method, URL, parameters, headers, and body) as well as a response part (status code, body, and headers). You create examples by adding them to requests in collections, and one request can have multiple examples.

Having multiple examples for one request is useful for illustrating the different ways an endpoint can respond to a request. You might have examples that respond with different status codes (such as 200 or 404) or that return different data (or no data at all).

Examples are useful in several ways. Developers and testers can refer to examples to better understand how an endpoint should function in different scenarios. Examples can also be used to set up mock servers, so developers and testers can start writing code against your API—even before it's complete. In addition, you can include examples in your API's public documentation to help anyone in the world who uses your API.

To ensure optimal performance of the Postman app, example responses should be no larger than 5 MB in size.

Saving a response as an example

When saving a response in Postman, you have the option to save it as an example.

With a custom example, you can define exactly how both the request and the response should look, including the status code and response body. 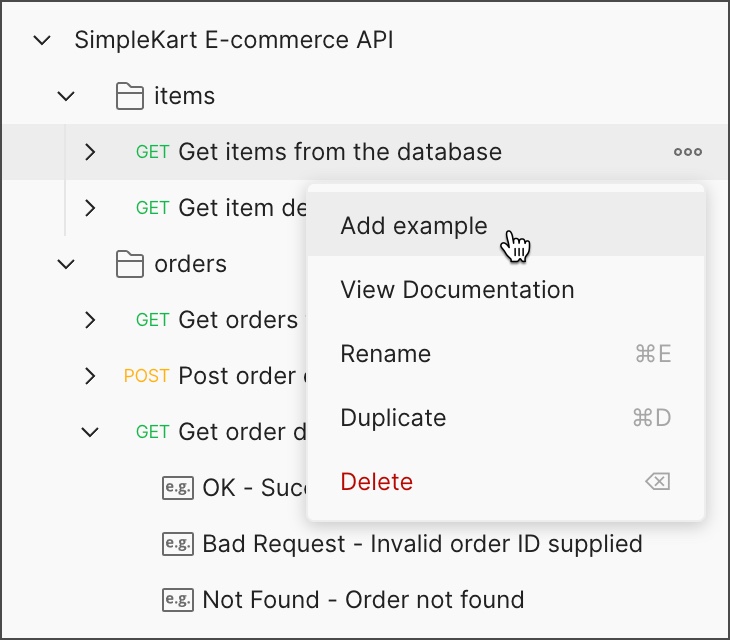 Examples are stored in a collection below their associated requests. You can edit an example any time after adding it to remove sensitive tokens, change the status code, or make any other adjustments. 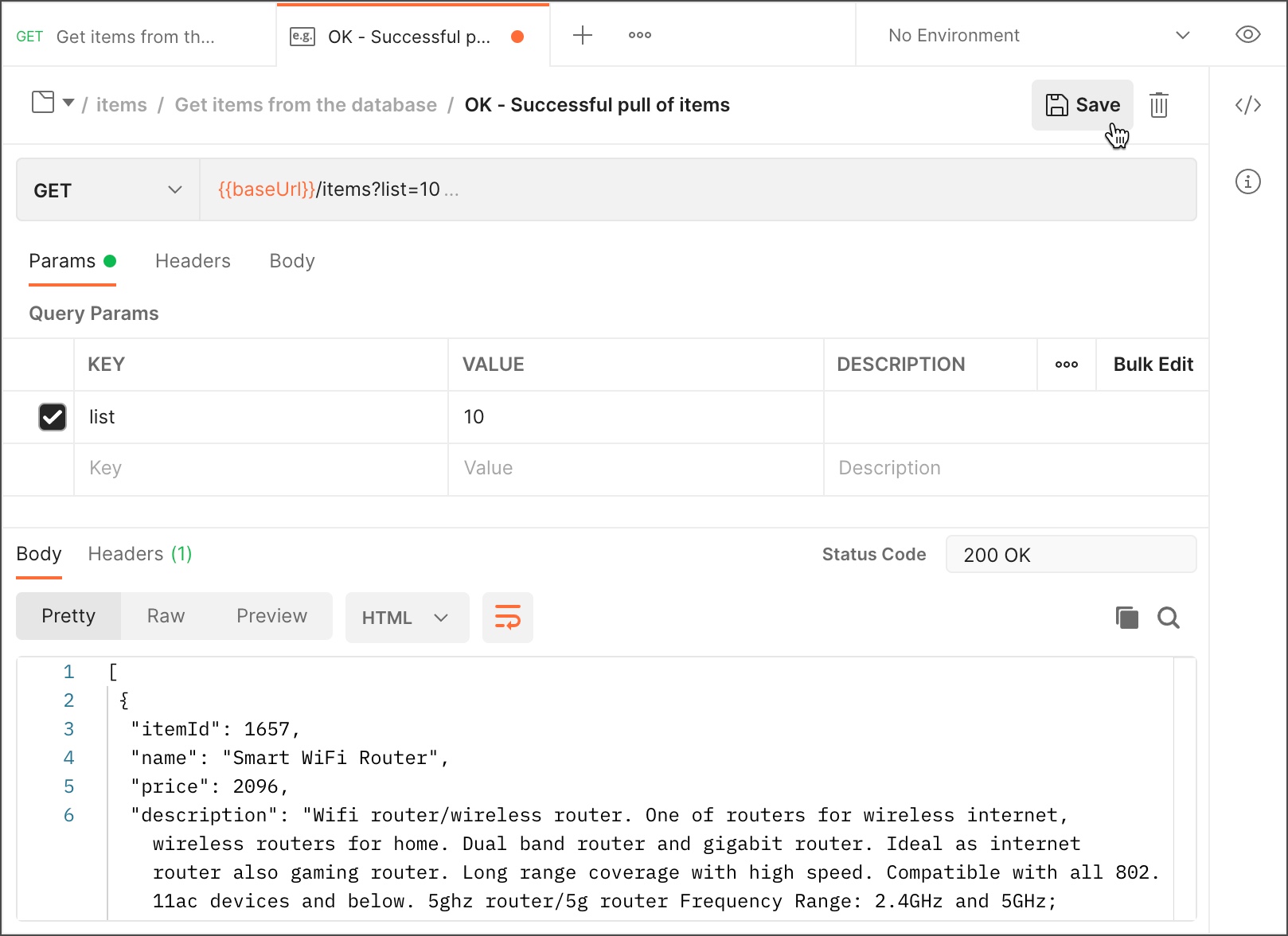 Duplicate an example to quickly add a new example using an existing example as a base. You can then edit the copied example to change the name, status code, or any other part of the request or response.

Deleting an example removes it from the collection as well as from the associated API documentation. Any mock servers you have set up can no longer use the example to return a response. 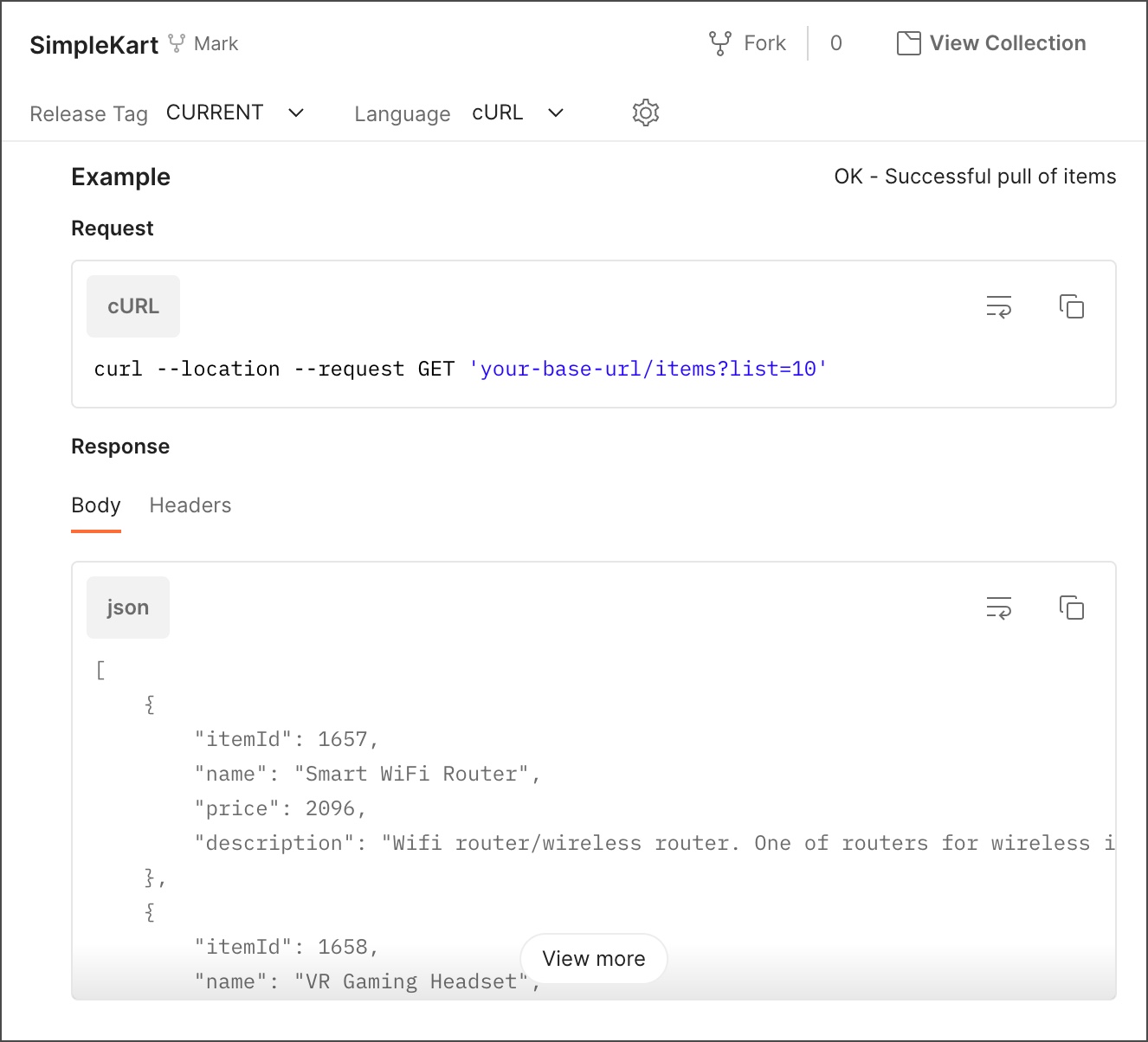 Examples provide additional details and clarification for your API and help your team to collaborate on API development. Front-end developers, back-end developers, and testers can all work in parallel, using the examples in the documentation for guidance or to set up mock servers.

You can publish your documentation to make your examples publicly available to anyone in the world.

Use examples to set up a mock server or include examples in your API documentation.