You can connect various components of your API development and testing process to your schema, such as collections, documentation, tests, mocks, and monitors. You can version your APIs in Postman and connect elements to specific versions and releases. You can also sync your API in Postman with a remote Git repo.

The following are the high-level steps involved when creating and using APIs:

Open APIs from the left sidebar in Postman. You can open and edit any existing APIs from here, or create or import new APIs. Select a parent entry to open the API's Overview page, or select a child entry underneath to open an API version page. 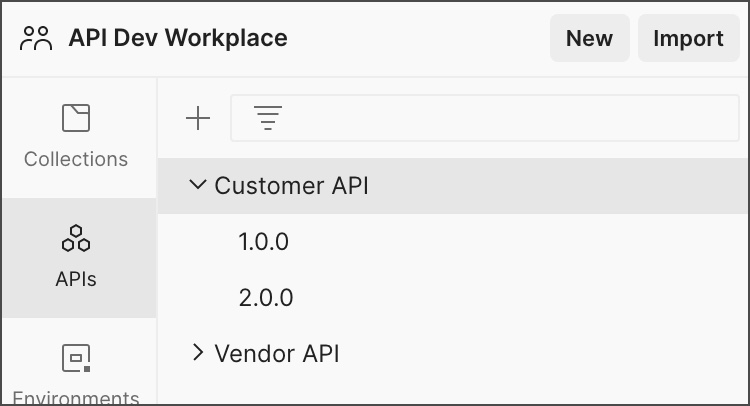 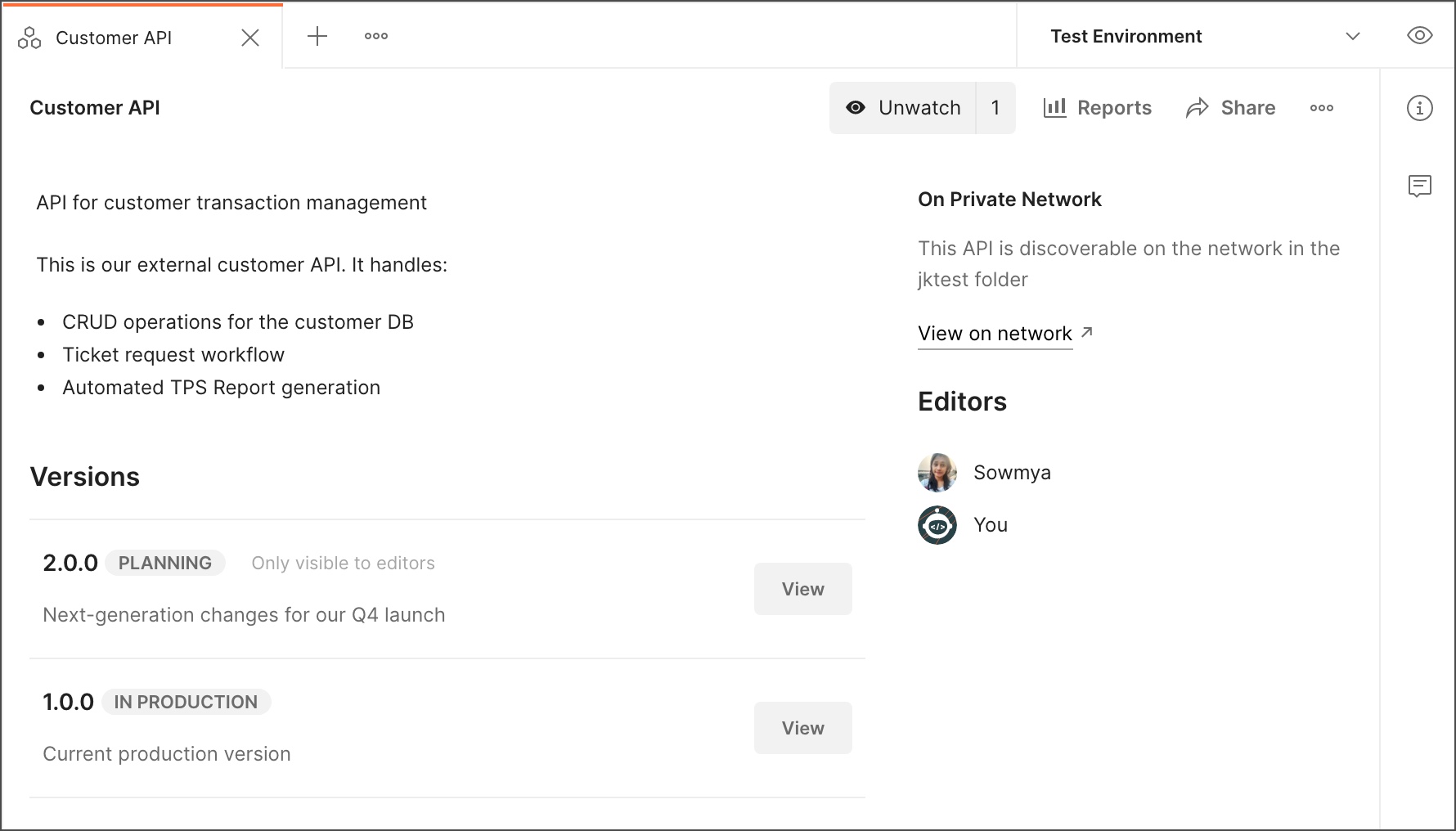 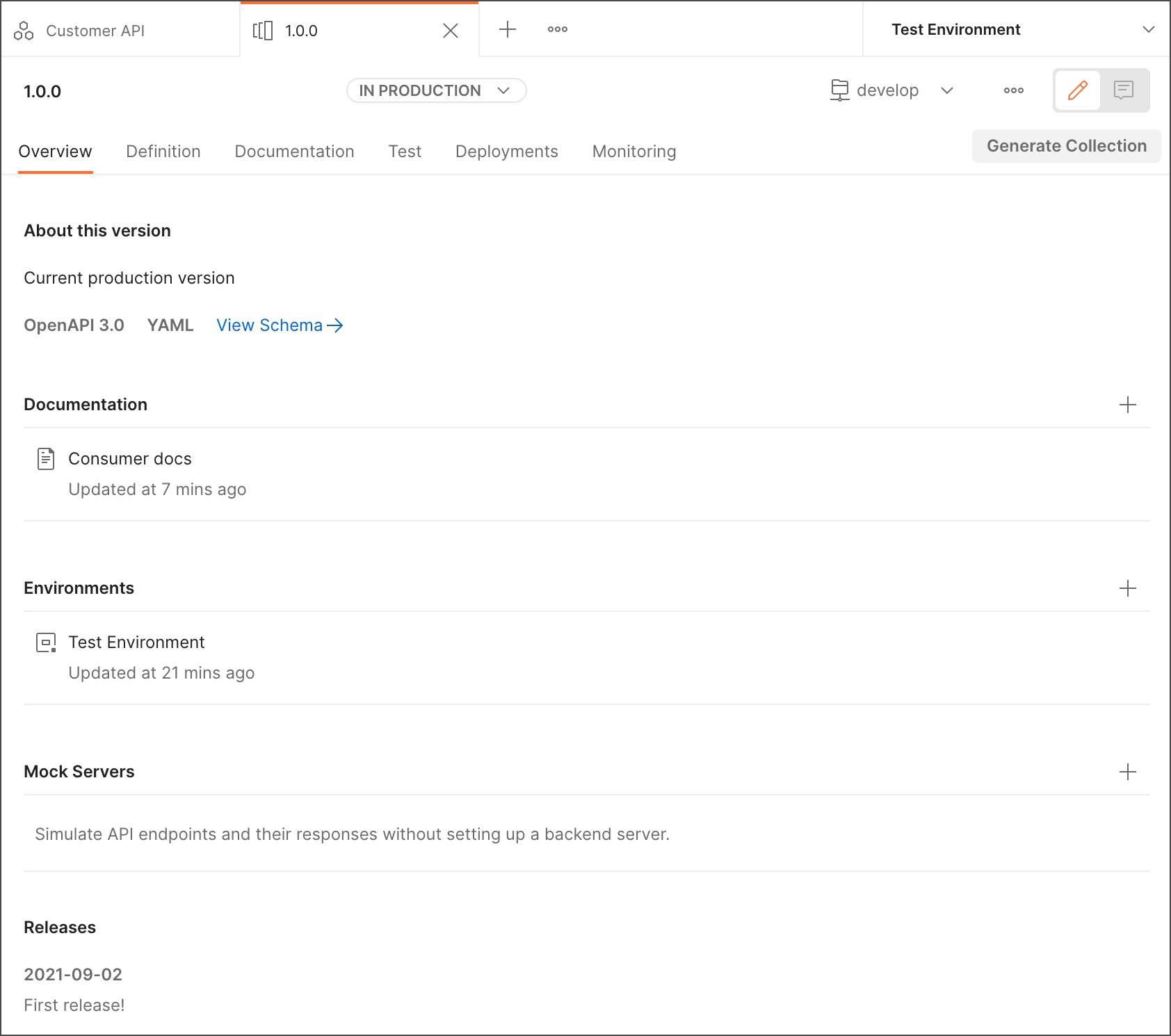 There's a also right sidebar with several icons, depending on the current page open. For example, on the API version page, there are icons to view comments, generate boilerplate server code from your schema, and view the API's changelog. From the changelog, you can also view and create new releases. 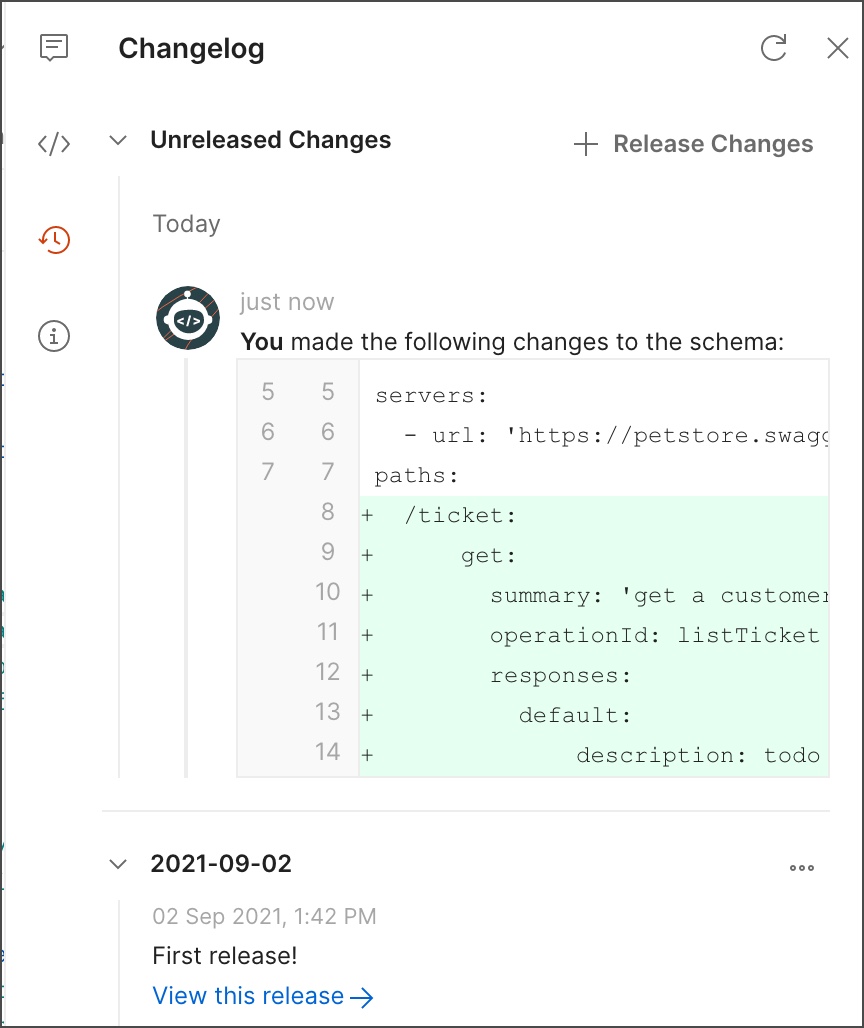